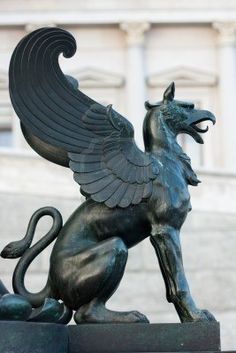 “Everybody knows that the autumn landscape in the northwoods is the land, plus a red maple, plus a ruffled grouse. In terms of conventional physics, the grouse represents only a millionth of either the mass or the energy of an acre. Yet, subtract the grouse and the whole thing is dead.”

Fortunately, there are still ruffed grouse around, but doesn’t the fact that there are no more passenger pigeons mean that the autumn sky over Ohio is dead – or at least deader than it used to be?  Does the absence of those awe-inspiring flocks of birds darkening the skies matter, now that they remain only in our imaginations?  What does it mean when a natural phenomenon which has the capacity to impress and inspire disappears?

Monarch butterflies are under the gun across North America.  If that species winks out one of these years our lives will be just a little bit more drab and uninteresting.  And suppose the unthinkable happened. Suppose all butterflies disappeared – not entirely impossible given the widespread use of pesticides and, now, manufactured plants with built-in caterpillar poisons. Of course, with butterflies gone, those flowers which depend on butterflies for pollination would disappear as well.  A generation or two after that happened would butterflies and their pollination-dependent flowers continue to inspire the decorators of children’s pajamas and the animators of the idyllic countrysides of Disney films?  Would those creative souls turn to images of corn fields and combines?  Or would the non-existence of two symbols  of carefree, natural gentleness gradually cause the feeling we get from a warm summer day to atrophy?  Not entirely, of course, but a little bit?

And what about bats?  If white nose syndrome has its way, these creatures of the night could be gone one day as well.  Won’t Halloween lose a little bit of its scariness?  Won’t our mind’s eye’s stereotypic image of a dark threatening place be a bit impoverished?  And even though bats apparently weren’t the inspiration for the widespread vampire myths of ancient cultures they do inhabit Graham Stoker’s Dracula, and the discovery of true vampire bats in the Americas certainly lends a degree of tangibility to those stories and their effect on us.

Butterflies, bats and a few flowers gone – no big deal, really.  But what if we had succeeded in eradicating whales by 1850 – the year Herman Melville wrote what many consider to be the greatest American novel?   Would Melville have been inspired to write Moby Dick?   Would our individual and/or collective sense of good and evil, of mankind’s place in the universe, of our conflict with fate be quite as rich without a literary canon which included that monomaniacal sea captain and his enigmatic archenemy?   One can argue, I think, that the existence of whales has played a non-trivial role in what it means to be a 21st century American human and that without Moby Dick ever having been written and read by so many, our spirit and intellect would be just a bit less than it is.

Fortunately, we didn’t drive most species of whales to extinction, and there still are butterflies and some bats.  But consider wooly mammoths.  There’s a good bit of evidence suggesting that Homo sapiens and those huge hairy behemoths overlapped for some time after humans arrived in the Americas, though the exact role the latter played in the extinction of the former is still being worked on.  Nonetheless, the woolies are gone.   Wouldn’t we – even those of us working in urban cubicles – wouldn’t we be just a bit more alive if somewhere in the very backs of our minds we knew those hairy beasts with their enormous recurved tusks were still thundering around somewhere on the tundra?

Once you start thinking this way, other things come to mind, like those mountaintops in West Virginia being relocated into the valleys to expose coal.  When that state is finally bulldozed as flat as Kansas will stories of the Hatfield’s and McCoys in their respective “hollers” still resonate?   Will sipping Maker’s Mark bourbon still taste the same if we picture those moonshine stills where it was developed exposed for all to see on a prairie?  And then there’s the disappearing Colorado River.  Will our grasp of our place in the universe when we look at the work it’s done sculpting the Grand Canyon over eons remain as secure if we realize that now the Colorado fails to make it all the way to the Sea of Cortez because of those thousands of trickles we’ve tapped off along the way to keep our lettuce growing?

Some years ago, my son and I did some wilderness camping in grizzly bear habitat.  During time in the backcountry we did see one grizzly, at a respectful distance, but the knowledge that we might confront one around every bend kept us hyperalert and lent the whole trip an experiential dimension which is difficult to express but, in the retelling at least, was distinctly pleasurable. Of course, I’d be thinking differently if my son and I had startled a grizzly up close.  Very differently, in fact, if he’d been maimed, or worse.  But in the grand scheme the evil of such a rare human tragedy is offset by the spiritual enrichment of all those fortunate hikers who thought hard about but never actually confronted a grizzly.   Experiencing the possibility is enlivening.

Like the Eloi of H.G. Wells’ The Time Machine, do our spirit and awareness atrophy if we come to consider our environment totally tamed and our place in it entirely secure?  Don’t potential predators like the grizzly enhance our personal selves and enrich our collective being – AKA our culture?

And then there are the unicorns, Loch Ness monsters, dragons, harpies, sea serpents, yeti, gryphons and the rest of the menagerie of imaginary beasts.  Why have we invented these non-existent creatures?  What makes them such universal characters in stories – especially the formative stories we read as we transition from childhood to adulthood?  Often threatening and  bearing exaggerated combinations of features of creatures we know – fangs, hooked beaks, talons, excessive strength – these iconic creations of our collective imagination have populated our stories from pre-literary oral myths to the science fiction of today.  What accounts for the archetypal universality and longevity of these creations of our minds? Just as our most gripping stories usually involve deep yearning – romanticized love, sudden good fortune, heroism, “happily ever after” etc. – isn’t it likely that the monsters of our imagination owe their origins to some biophilic longing such that our minds create creatures at least the idea of which we need in order to be fully alive?

The philosopher Thomas Nagel, in his book Mortal Questions begins his examination of what it means to be dead by making the deceptively simplistic observation that – setting aside considerations of some sort of afterlife – death can be thought of as the end of the constitutive elements of human life namely “perception, desire, activity, and thought.”   Later he concludes, “If death is an evil at all, it cannot be because of its positive features, but only because of what it deprives us of.”   To the extent that the natural world, with its intricate tapestry of species and its seascapes and landscapes, leads us to think, to the extent that we may actively seek out elements of nature just to experience them, to the extent that they stimulate our imaginations as we read a book or they play a role in our deciding which pair of pajamas might appeal to our children are we not more alive?

So I would say that Leopold was only half right.  His acre of northwood autumn landscape is indeed dead if the grouse is subtracted.  But there’s more to it.  Take away the passenger pigeon, the whale we may never even see but know is there, the bat flitting across our backyard at dusk, the grizzly, the tiger, the raging river, the glacier, the rolling Appalachian landscape,  –  and a part of you and a part of me dies as well.

5 thoughts on “What Good are Grizzlies and Gryphons?”