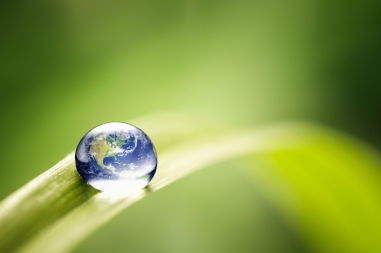 I confess. I’m a list keeper and on of one of my lists is “Subjects to be blogged about.”  For some time now the phrase “Sacredness of Nature” has been on that list. As an enthusiastic environmentalist I often wonder what it is about the natural world that stirs me to write about it, volunteer to protect it and donate to organizations that promote it.  Articulating the reasons for this expenditure of time and treasure might help motivate others to do the same. Then along comes an article in the online NYTimes that tells me how to do it more effectively.

The author, ­ a professor of sociology, psychology and organizational behavior at Stanford University ­ notes that while environmentalism is not inherently political (after all, Republican Teddy Roosevelt greatly expanded the National Park Service and Republican Richard Nixon founded the Environmental Protection Agency) it has become a movement associated primarily with liberalism and the Democratic Party. This in spite of the fact that when polled individually, about half self­-identified Republicans favor government action to address global warming.

To shed more light on this apparent paradox, author Robb Willer and a colleague offered one group of self-­identified conservatives a message about maintaining the purity and sanctity of nature and preventing its desecration. A second group received a message about protecting the environment from harm and a third group’s message did not mention the environment at all.  Consistent with previous work showing that conservative values tilted towards patriotism, respect for authority, purity and sanctity, the conservatives receiving the moral purity message subsequently said they were significantly more likely to favor environmental legislation and even professed a stronger belief in the reality of global warming (which hadn’t even been mentioned in the messages).

So it looks as if framing conversations about environmental causes in terms of what is pure and sacred is mighty important. To get conservatives on board we need less tree hugging and more wonder at the soaring ​sanctity ​of old growth forests; less emphasis on ​saving​ fuzzy critters ​with big eyes or ​protecting ​tracts of habitat and more emphasis on s​topping the desecration​ of God’s creation.  After all if God – the ultimate authority after all – ­ went to the trouble of getting Noah to build that ark to His exact specifications and then commanded him to herd  onto it “every thing of all flesh, two of every sort…of fowls after their kind and cattle after their kind, of every creeping thing of the earth after his kind“, then we descendants of Noah should probably think twice about bulldozing the sacred places that sustain those creatures.

A previous study by the same authors gives these findings additional relevance . They analyzed 51 environmentally­-oriented public service announcements and 402 opinion pieces in major American newspapers and discovered that the majority focused on ​protecting ​people and ecosystems rather than on the importance of maintaining the purity and sacredness ​of the natural world.  There’s a takeaway here, albeit a subtle one.

It’s time to talk less about ​saving ​endangered species and more about ​worshipping ​the richness of creation. There needs to be less handwringing about ​protecting ​a wetland from the threat of drainage and more open s​hame ​on those who fail to appreciate the ​wondrous complexity​ of an ecosystem by paving it over. We need less emphasis on ​saving​ wilderness from encroachment and more on the purity​ of untrammeled wilderness and it’s ability to restore the human spirit.​  In short, the image of the natural world as s​acred and purifying needs to be emphasized above it’s being too weak to survive on its own.​

Of course the thoughtful reader may suspect a ruse. Aren’t we trying to get more converts to environmentalism precisely because the environment is under serious attack? Well, it is, but it doesn’t have to be. If nature and the integrity of the environment remain unaligned with the conservative value system the battle is going to continue. But if the environment can cease being a political issue and instead becomes a shared value for the entire political spectrum like motherhood and apple pie, sustaining our rich and sacred natural world will cease being the Sisyphean struggle it has lately become.  Once the values get realigned, the environment won’t be under constant threat. It won’t be in danger any longer. It won’t need to be protected and can be worshipped as it deserves to be.  And I can take “Sacredness of Nature” off my list of things to be blogged about.

4 thoughts on “The Frame’s the Thing: More Worship, Less Worry”