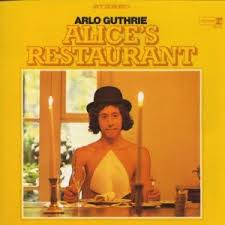 Why?  When is enough enough?  And what, exactly, do those folks mean?

I’ll admit right off that I find economics daunting.  As a physician I think of constant, unconstrained growth as bad stuff.  Think cancer.

I’ll also admit that economic growth is something different.   Wikipedia, which has become my favorite reference, says:  “economic growth is the increase in the market value of the goods and services produced by an economy over time.” (italics mine)   On first reading, that sounds pretty reasonable.  But on second thought…….

The trouble is, it’s so easy to measure market value.   Just count up the bottom lines of all those income and sales tax returns, add them together and there you have it – GDP.  Try doing that for spiritual or aesthetic values.  There’s a Nobel Prize waiting to happen for the person who untilts that playing field.

But I’m beating around the bush.  My real gripe with economic values trumping all others is that so much of what contributes to GDP growth is a direct attack on a lot of stuff that I value a lot.  Clean air for one thing. And clean water. Solitude.  Really dark skies at night. Oceans and streams brimming with fish. Huge stands of really big old trees. Vistas uncluttered by billboards urging me to buy stuff I don’t even know I want. A world in which there’s plenty of room left at the top of the food chain for lots of other species in addition to our own.

On the other hand, it’s not all doom and gloom.    After all, the manufacture of solar panels – provided it’s done in the US – does contribute to our GDP.  And there does seem to be a growing awareness of the GDP’s shortcomings.  In 2008 the NYTIMES reminded us that over forty years ago Robert F. Kennedy complained that the GDP was inadequate because it failed to measure “that which makes life worthwhile.”

Recently some academic economists calculated the ISWE and compared it to GDP.  Not surprisingly, they conclude that while the GDP since the 1970’s has registered almost steady growth (there’s that boogieman again!), the ISWE has remained essentially flat over that same period!

So….what’s to be done.?  Well, for one thing, at a personal level, whenever I hear some politician warning how this or that piece of legislation is going to hinder GROWTH, my early warning system lights flash and I take a close look at the legislation and think about writing him or her or sending a letter to the editor of our local newspaper.  And just a couple of minutes searching the web yields a number of organizations like the New American Dream  which are devoted to finding ways to implement just the kind of thing we are talking about.  It doesn’t cost a cent to sign up as a follower of their blog (http://www.newdream.org/blog) and if you like what they’re doing you can even donate whatever you wish.

It’s certainly no easy matter to change the deeply ingrained presumptions and habits of a culture like ours but sooner or later as more of the earth gets covered with asphalt, more species disappear, there are more climatic wobbles, etcetera, etcetera, and so forth, things will eventually change.   Surely if none of us works on curtailing growth now, that time may arrive when life is pretty miserable.  But, with apologies to Arlo Guthrie, “ You know, if one person, just one person, does it they may think he’s really sick and…..” they’ll pay no mind.”  “And if two people do it, in harmony, they may think they’re both….” weirdos and they won’t heed them either.  “And if three people do it!  Can you imagine three people…… They may think it’s an organization.  And can you imagine fifty  people a day? I said FIFTY people a day…….Friends they may think it’s a MOVEMENT, and that’s what it is…….” the ALICE’S RESTAURANT ANTI ECONOMIC CANCER MOVEMENT…….and instead of change coming when it is altogether too late, we can make it come just a bit earlier.

In medicine one learns early on that the first step in treating a problem is to find out what the root cause is.  And if you find that the root problem is uncontrolled growth, sometimes you just have to cut it out – and the earlier the better.